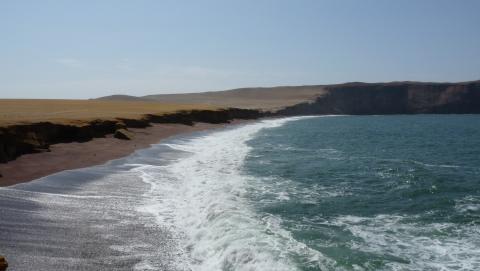 Decision-makers in government largely see resources allocated to protected areas as expenses rather than investments and therefore often resist both meeting the financial needs of the existing system, and system expansion. This perspective reflects a lack of information about the benefits generated by protected areas, and equally important, inadequate and ineffective communication of these benefits.Conservation economics provides a useful language for high-level communications in this context, translating “biodiversity,” “species,” and “amazing” into “return on investment, “capital,” and “jobs.”

One of the themes in conservation economics that is easily accepted even by mainstream economists is that of spending multipliers, simply the multiplied effect on economic output of an increase in spending in an economy. Multipliers arise because money flows from one person or company to another, and most of it is re-spent many times. As a result, a single new dollar drawn into the economy, whether in spending on road construction or beer, typically has a far greater economic impact.

Protected areas draw such spending from both national and international visitors, including spending on hotels, food, tours, transportation and handicrafts. In Peru, the multiplier effect of such spending has never been quantified. As a result, a major source of quantifiable benefit of creating and investing in protected areas is unknown to Government decision-makers.

The study sought first to quantify total tourism-derived economic activity – both directly and through multipliers – from a sample of prioritized Peruvian protected areas. This information was then used to extrapolate results to a hypothetical expanded protected area system to demonstrate expected benefits from new protected area creation and then to quantify the importance of protected areas in drawing tourists to a given location.

At the conclusion of this analysis, CSF and AAF held a launch event in Lima and published a discussion paper and policy brief. (Both publications in Spanish).