Making Science Based Policy a Reality: How Indonesia is Aiming to Better Use Research for Sustainable Maritime Development

Making Science Based Policy a Reality: How Indonesia is Aiming to Better Use Research for Sustainable Maritime Development 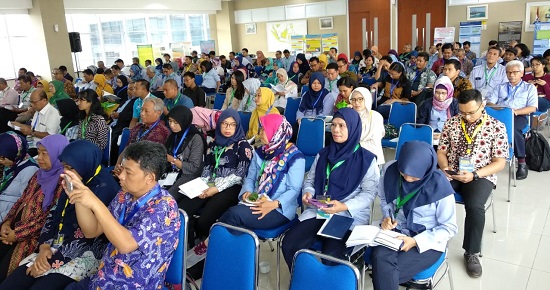 In coordination with the Ministry of Marine Affairs and Fisheries (MMAF) of Indonesia and the Indonesian Marine and Fisheries Socio-Economic Research Network (IMFISERN), CSF held two events to support the use of scientific research in developing Indonesia’s marine and fisheries sector.

The first event, a National Seminar on Socio-Economic Fisheries held on September 25, 2018, had broad attendance from various institutions from around Indonesia such as the Coordinating Ministry for Maritime Affairs (Kemenkomaritim), the National Development Planning Agency (Bappenas), the Indonesian Institute of Sciences (LIPI), various Indonesian public and private universities, the Fisheries Association, as well as representatives of Indigenous People.

Seminar presenters stressed that effective policy not only needs to be based on comprehensive scientific findings, but also effectively communicated, as many problems can be attributed to the process in which scientific findings are presented to policy makers.

One of the presenters, Professor Indra Jaya from Bogor Agricultural University – who is a head of National Committee for Fish Stock Assessment (KOMNASJISKAN) – stated that given the complexity of fisheries in the wild, it is almost impossible to produce a simple number which represents Indonesia’s fisheries status to use as a barometer, as there are many factors that could come into play. “That is why both scientist and policy-maker must understand a bit of each other’s world. Scientists have to understand the political side of things, while policy-makers must understand a bit on how to analyze and decide what’s best” he further stated.

This National Seminar was also an opportunity for CSF Marine Fellows to showcase their findings to a wider audience. One seminar participant commented on the insightfulness of one MFP research project on the socio-economic implication of the trawl ban in Java. The trawl ban is one of several controversial policies from the current Minister of MMAF to reduce fish overexploitation and ecosystem degradation in Indonesia.

The second event was a National Dialogue held on October 1, 2018, around the topic “How Research Can Address Marine and Fisheries Issues in Indonesia”. This event brought together two ministries: the MMAF and the Ministry of Research, Technology, and Higher Education (KEMENRISTEKDIKTI), as well as experts from other institutions working around this topic.

The Special Advisor to the Minister of Research, Technology, and Higher Education, Agus Puji Prasetyono, stated that the country needs to speed up collaborative, trans-disciplinary research among different institutions to produce a range of technologies that are commercially viable. “Technological breakthroughs that can be commercialized only stands at 20%. We have many bright talents and ideas, but we can only get the best of them if we could start to collaborate with each other” Agus said in his closing statement.

A lively discussion among the participants and experts identified the need for integrated research management, the realization of One Data (an idea from President Jokowi’s administration to have one, reliable and trusted national database), collaboration among different ministries and institutions, the need to incorporate economic incentives in policy-making, improving governance, and mainstreaming good governance.

Both events illustrated that research is an increasingly important aspect of the policy-making process. In 2019, CSF will launch our second Marine Fellowship Program, to support sound, scientific research that can support smarter and more effective fisheries and marine policy in Indonesia. 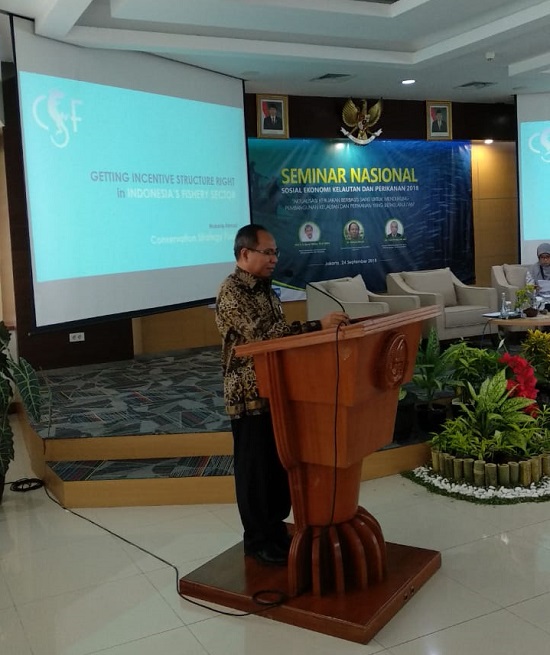 This work was made possible with generous funding from Margaret A. Cargill Philanthropies and the David & Lucile Packard Foundation. 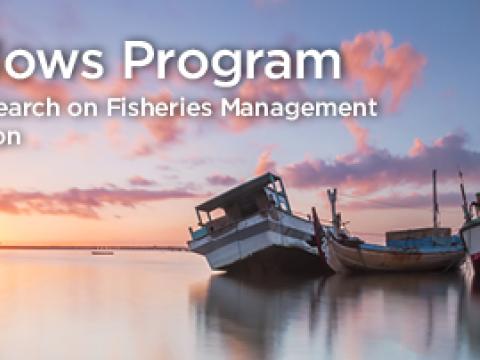