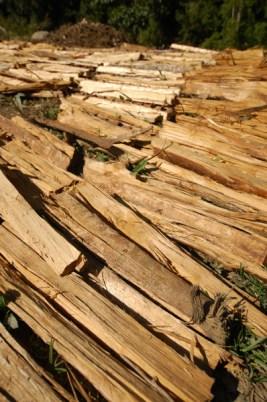 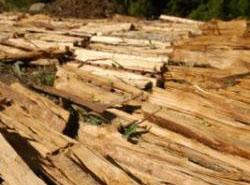 Road projects in the Amazon Basin are seen by some people as required elements for economic development, but they can come with a host of social and environmental disadvantages. These include the destruction of forests and other natural habitats, the loss of biodiversity, the spread of human diseases, displacement of indigenous and non-indigenous communities and the concentration of landholdings. Studies that consider and integrate the varied effects of road projects can point to those investments that best achieve, and, to the extent possible, reconcile economic, environmental and social goals.

In this study we assessed the economic feasibility of road projects in Northwest Bolivia, including paving of the so-called “Northern Corridor,” which is part of the Peru-Brazil-Bolivia hub of the Initiative for Integration of Regional Infrastructure in South America (IIRSA), as well as construction of the Ixiamas-El Chivé road. The latter is part of a possible route from San Buenaventura to Cobija. Both projects aim to strengthen the connection between Northern Bolivia and the rest of the country as well as solidifying links with Peru and Brazil. The possibility for environmental consequences is clear; the roads cross an area of the Southwest Amazon Basin with low population density, indigenous lands, protected areas and well-conserved forests and savannas high in biodiversity.

We used Highway Development and Management System (HDM-4) software, the standard investment and planning tool used for road projects financed by the World Bank, analyzing the projects individually and in combination. Our findings showed that neither the Northern Corridor as a whole, nor the Ixiamas-Chivé road would be economically sound investments. The Yucumo-Guayaramerín segment of the Northern Corridor was the only immediately feasible sub-project, producing net economic benefits of US$5.53 million. However, the project would become economically unfeasible – imposing losses of $18.92 million on Bolivia – if the Ixiamas-Chivé route were also built, because the two roads would compete for traffic and neither would have enough users to justify its construction and maintenance expenses.

These figures do not include indirect environmental costs associated with the roads. We have sought to internalize part of these costs related to protected areas. Using the Foundation for the Development of the Bolivian National Park System (FUNDESNAP) financial planning model we calculated minimum expenditures in control and vigilance required to avert impact on several protected areas near the road: the Madidi National Park and Integrated management Area, the Manuripi-Heath National Reserve and the Pilón-Lajas Indigenous Territory and Biosphere Reserve.

These partial environmental costs would be around $1.8 million for the Ixiamas-El Chivé project, $500,000 for the El Chorro-Cobija segment, and $1.3 million for the Yucumo-Guayaramerín portion of the Northern Corridor. Including environmental costs in the latter case would reduce its net benefits from $5.53 million to $4.27 million, a drop of 23 percent. The losses from the Ixiamas-El Chivé and the El Chorro-Cobija projects would increase by 31 and 1.3 percent, respectively (analyzing them individually, not in combination).

These minimal estimates of environmental costs represent between 0.52 and 4.7 percent of the present value of construction costs, varying by project. In the event that the roads are built, we propose creation of a Conservation Trust Fund, the income from which would cover the basic additional management costs imposed on protected areas. This Fund could be added to the portfolio of similar funds currently managed by FUNDESNAP, and would have endowments for specific protected areas on the order of 1.0 to 8.9 percent of the cost of the road works in question.

While we consider additional financial needs of affected protected areas, we have not addressed other indirect environmental impacts. Conservation of species outside protected areas, for example, demands special consideration, as the paving of the Corredor Norte would threaten two unprotected endemic primate species and an endemic macaw. Their conservation will require intensive and coordinated conservation actions, including the creation of new protected areas, preferably before road works begin.

Ensuring that local people can take advantage of the economic opportunities available in the region also requires the establishment of clear land tenure rights and local capacity for natural resource management, and the establishment of adequate levels of governance to protect rights over land and natural resources. The costs associated with these programs have not been addressed in this analysis.

Integrated economic analysis can identify road investments with high development value and low environmental costs – in this case to protected areas. In the cases analyzed here, it is clear that the Yucumo-Guayaramerín portion of the Corredor Norte performs the best. Its economic net benefits depend, however on not building the Ixiamas-Chivé road, and on strictly controlling environmental costs. If those conditions are met, it can provide development benefits for Northwest Bolivia and a context in which to make long-term conservation investments.