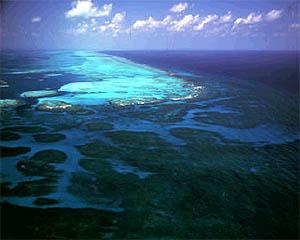 Marine management challenges in most developing countries include the combined effects of over fishing, tourism and global changes affecting the health of coral reefs and other habitats, proposals of large-scale development projects (e.g. hotels), the lack of a precise identification of user-groups, resources being exploited legally and illegally within MMA and in candidate-sites for new MMAs, incipient social organization of MMAs’ beneficiaries, chronic and endemic poverty, social marginalization of fishermen and other groups that rely on natural resources extraction, weakness of institutional structures and incentives for protected areas, drug smuggling, among others. In order to be effectively addressed, these threats need to be more deeply understood.

1- What is the total economic value (TEV) of goods and services derived from a particular protected marine ecosystem?
2- How is the flow of those and other goods and services altered by the imposition of different policy regimes?
3- What is the structure and distribution of economic rents along the “commercial chain” of the local fishing industry?

The objective of our work in Belize was to qualify and quantify social economic values of the Gladden Spit Marine Management Area (MMA). We determined the economic value of natural environments within the MMA under present conditions and estimated future values associated with alternative management scenarios. The purpose of the study was to aid in conservation decision-making and management. In the process, we identified appropriate research methods to be repeated over time and replicated at other marine sites. This was the first study of this kind in Belize.

Background
The Belize Barrier Reef Reserve System was designated a world heritage site in 1996. UNESCO made the declaration because “The coastal area of Belize is an outstanding natural system consisting of the largest barrier reef in the northern hemisphere, offshore atolls, several hundred sand cays, mangrove forests, coastal lagoons and estuaries. The system's seven sites illustrate the evolutionary history of reef development and are a significant habitat for threatened species, including marine turtles, manatees and the American marine crocodile” (UNESCO, 2006). Indeed, the Belize Barrier Reef (BBR) contributes around 30 percent to Belize’s GDP through commercial fisheries (conch and lobster prominent among them), high-quality eco-tourism and, more recently, a boom in cruise tourism and various private sector investments for coastal development and aquaculture. Notwithstanding these values, the Belize Barrier Reef is threatened by human activities such as over-fishing, agricultural chemical run-off and coastal development. These threats have spurred a number of conservation efforts by national and international NGOs operating in the country, including The Nature Conservancy (TNC), Belize Audubon Society (BAS), World Resources Institute (WRI), the World Conservation Union (IUCN) and the World Conservation Monitoring Centre (UNEP-WCMC). Funders have included the Summit Foundation, UNDP/GEF, the Oak Foundation and Earthwatch, among others.

This work will be of relevance to four target groups: policy makers, MMA managers, local communities and academics. These will be involved from the outset, to agree on objectives and make key methodological and practical decisions, principally through meetings with Lindsay Garbutt, CI Belize Field Coordinator, and Venetia Allen, CSF's in-country principal investigator for this study. Local communities will also be kept up to date with meetings to report progress.

In addition, there has been a considerable amount of secondary data collected on tourism and fishing in the case study village and in Belize as a whole, as well as data on the case study MPA including visitation, financial information, management actions and illegal warnings and arrests.

This reserve generated over $US 4 million in net economic values in 2007, which is equivalent to $US 41-93 million over 25 years, depending on the discount rate applied. These values likely underestimate the total economic value, as values such as marine life nursery functions, waste assimilation and consumer and producer surpluses gained in other nearby community values have not been included due to time and budget constraints. Over time, the value of high quality coral reef habitat is expected to increase sharply due to increasing wealth and degradation of other reef areas.

Gladden Spit is similar to other MPAs, which could be expected to have comparable economic values. However, the spawning aggregations that occur there and the whale shark aggregations that come to feed on the spawn make this area unique and contribute a significant proportion to the reserve value. This special feature of this MPA needs to be protected, with access to fishing and whale shark interactions limited to ensure that such benefits are not lost in the future. Many tour operators are able to remain open and employ staff in part due to the whale shark and day trips to the reserve.

The economic impact of the reserve could be extremely large, as it includes revenues from tourism and recreation such as those relating to international and local travel, restaurants, hotels, gift shops, insurance, sales of dive gear, boats, as well as materials and labour for tourism development. It also includes revenues from fishing related activities such as fisheries permits, fishing gear, and boat equipment. These revenues have a direct and indirect impact on the local and regional economy and supports a large number of jobs, usually to Belizeans.

In the full report we provide evidence that MPAs such as the Gladden Spit Marine Reserve are likely to be a net beneficial use of national and international funds, both in terms of conservation of habitats and biodiversity and in terms of the secondary welfare impacts they produce, since for a relatively small investment they protect resources with large net economic benefits.

The maintenance of the current values depends to what extent these reefs are protected from overfishing and overuse, which will be increasingly tested by warming and acidifying seas. Effective management depends to a large extent on adequate financial support. In addition, further funding would likely result in better enforcement, research, and community outreach, which could increase the value of this reserve even further.