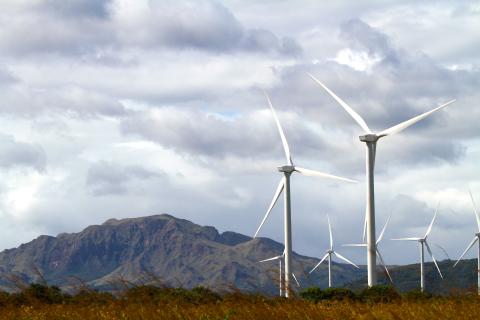 In 2015, CSF conducted a study to determine the optimal route for an energy transmission line that would bring electricity from Colombia to Central America, via Panama. The study employed a multicriteria assessment to evaluate four alternative routes for the transmission line in terms of biodiversity impacts, impacts to indigenous communities, number of forest hectares lost, and the financial cost of the project. The results of this assessment were carefully studied by the government of Panama and the project sponsors and a new route was proposed. For this reason, the Inter-American Development Bank hired CSF again to update its analysis of alternatives, including the new proposed routes and three of the previously examined ones.

To conduct this analysis, CSF used a multicriteria assessment framework in combination with GIS maps of risk factors, such as the presence of critical habitat or indigenous lands. By overlaying various geo-referenced risk factors, cumulative effects could be easily identified. In addition, CSF used a robust and updated deforestation model to assess the area of impact from the placement of energy infrastructure and access ways and roads that will accompany the transmission lines. These models were applied in a consistent manner across routes to evaluate and compare alternatives.

With this work, CSF compared the proposed alternatives for the energy corridor between Panama and Colombia, updating the previous alternatives studied by CSF with a more refined deforestation impact assessment, changes in the infrastructure landscape, and land cover categories. Results were then presented as an internal technical report to the Inter-American Development Bank and the project proponents. These results are now being used by the clients to support decision making on the path of the new energy corridor, which seeks to improve energy integration in the region in order to secure a diverse mix of reliable and sustainable energy sources.