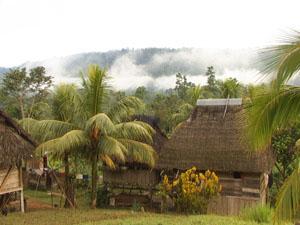 From 2004 through 2006, CSF teamed up with the Nature Conservancy and many local organizations on a project to reduce habitat loss resulting from major infrastructure projects. The approach was to better inform stakeholders about the relative economic and environmental merits and impacts of the many construction projects planned for the region. CSF created an inventory of projects, trained conservation leaders in economic tools for project analysis and conducted four field studies. The field studies focused on the proposed roads and dams deemed of greatest environmental concern according to training participants.

Countries included were Panamá, Costa Rica, Nicaragua, Honduras, Belize, Guatemala and the nine south east states of México (Campeche, Chiapas, Guerrero, Oaxaca, Puebla, Quintana Roo, Tabasco, Vera Cruz and Yucatán).The field projects are listed separately in this section of our website. The resulting reports, along with the inventory, can be found in the Reports section of the site.