Economics of a Road Through Madidi National Park 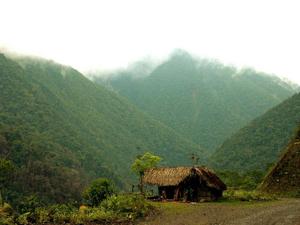 Rural roads are frequently associated with economic development, but they are often implemented without consideration for their economic feasibility also called "efficiency." The terms feasibility and efficiency describe investments whose benefits are, at a minimum, greater than their costs. When such criteria are ignored, road projects are funded by governments with no clear expectations of increasing the overall wealth of the country. In fact, they often bring considerable economic losses when accrued benefits do not offset large costs involved with road improvement or construction.

Some road infrastructure projects also cause significant environmental impacts. This is particularly the case in tropical forest regions, where a large body of evidence suggests that roads play a lead role in increasing deforestation rates. Deforestation results in considerable environmental losses which are often unseen in global markets, despite the fact that they can significantly affect the wellbeing of human populations. After appropriate valuation in monetary terms, such losses can be included in economic feasibility studies, hopefully guiding policy decisions in a more comprehensive way.

In this study, we analyze the economic feasibility of the completion of the Apolo-Ixiamas road in Northwest Bolivia. Our specific focus is the construction of the last remaining roadless section, between Azariamas and San José de Uchupiamonas. This road would bisect the Madidi National Park & Natural Integrated Management Area, opening vast inaccessible tropical forest areas to illegal colonization and resource extraction. This process would have far-reaching environmental consequences for an area recognized as a global conservation priority.

We identified that this road would result in a net loss of more than $40 million to Bolivia’s economy. Losses stem from the high investment costs of building in rugged and fragile terrain, and from the very low levels of use projected for the road.

We compared road costs with other regional socioeconomic indicators to put the project into perspective. Road costs would represent 56-179% of all regional income generated by the population benefiting from the road in the next 25 years, the equivalent of 7 to 20 years of subsidized income. Road investment costs are so high that they could be used to increase local public investments in health or education 54 and 84 times, respectively. Just the diversion of incremental maintenance costs required by the new road would allow an increase in health or education investments of 32% and 50%, respectively.

This road project could also result in considerable environmental losses. We estimated potential environmental costs associated with carbon emissions, identifying an additional loss of $3-20 million, depending on the unit value of carbon emissions and on the converted vegetation pattern. Our estimate indicates that the loss of just a single environmental service may overcome the gross benefits potentially generated by the road.

By generating potentially irreversible local environmental impacts, the road could also pose a threat to current regional income generated by the protected area, which is 50% greater than what the road could potentially generate.

These figures present compelling evidence that the construction of the last remaining section of the Apolo-Ixiamas road is an economically unreasonable choice. It would represent a waste of public funds urgently needed for other social purposes, and also result in considerable environmental losses. Wiser, equitable and efficiency-based investments should be proposed to meet local socioeconomic needs at an acceptable cost.