The Economic Value of Commercial Fishing in the Bolivian Amazon Basin 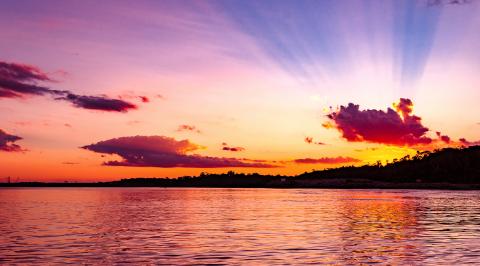 A renewable and often competitively priced source of energy, hydroelectric dams in the Amazon Basin are often considered a cleaner alternative to fossil fuels and seen as a way to meet the region’s growing demand for energy domestically. To date, most of these dams have been built in Brazil, but investments are now being built in neighboring Peru and Bolivia.

Dams have irreversible effects on both the economy and the environment; the true socio-environmental and cultural costs are rarely considered before being built. These costs include population displacement, disruption of fishing livelihoods, massive hydrophysical and biological disturbances, habitat fragmentation and interference with spawning, reduction of river flows, deforestation, loss of biodiversity, destruction of farmland flooded by reservoirs, and greenhouse gas emissions.

Little is known about the economic impact of hydroelectric projects on the fishing economy in Bolivia. Several studies have cautioned against the potential negative effects of dams on fish, especially migratory fish, which constitute the majority of Bolivian Amazon fisheries.

In this context, CSF completed a valuation study of commercial fisheries in the Bolivian Amazon and how they could be negatively impacted by hydroelectric projects in the Basin. Our analysis found that the economic value of commercial fishing is 2.3 times higher than the value of annual unroasted coffee exports and 18.2 times higher than the value of cocoa bean exports, two important non-timber forest products for the economy of the Bolivian Amazon.

Data on fish catch volumes and species and information about fisheries production chains is necessary to improve incomes and jobs in the fisheries sector. Subsistence fishing in particular has historically been understudied, despite the central role it plays in food security for thousands of families. Therefore, an economic assessment of the non-commercial use of Amazonian fish, represented by subsistence fishing, would be an important next step and provide a better understanding of the relevance of the activity for Amazonian families, including indigenous communities.

This analysis will be instrumental in informing future policy for infrastructure development and is important groundwork for future research and analysis on hydroelectric power in the region.

Read our working paper here and our policy brief here. (Both publications in Spanish.)

This project was funded by World Wildlife Fund and completed in partnership with FAUNAGUA.

Photo: Sunset on the Madeira River