The Economic Impact of Tourism to Chile’s Patagonian National Parks 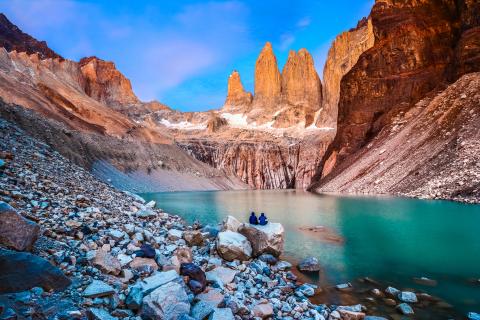 The first analysis demonstrated that protected areas, specifically protected areas in the Patagonia region in the south of the country, are significantly correlated to a reduction in poverty of the populations surrounding the protected areas. This analysis used the difference-in-difference method, in which we compared pairs of similar comunas (the Chilean equivalent of municipalities), with the key difference that one has a protected area within its territory and the other does not.  As other factors and characteristics are very similar between these two municipalities, we could accurately compare the effects of a protected area on the poverty index of these comunas. Our analysis found that establishing a protected area covering at least 17% of a unit’s terrestrial area causes a reduction of 0.216 standard deviations in the poverty index. Besides showing the benefits of protected areas to society, we hope the findings presented here might also be used to attract new investments and financial support to protected areas currently underfunded in Chile. The results of this analysis have been published as an open access paper in Revista Chilena de Historia Natural (Chilean Journal of Natural History).

The second analysis identified the possibility of applying a financing mechanism in Chile as a whole, using a non-use method. This type of analysis determines whether a group of people, in this context Chileans, are willing to pay a recurrent fee for conservation in support of protected areas, even if they don't visit them. For this analysis we evaluated two options, called “payment vehicles”:  (1) an additional fee charged on monthly electricity bills; and (2) a direct contribution or donation, with both payments directly benefiting the National Park System. We conducted a contingent valuation (CV) survey to assess Chileans' willingness to pay for conserving protected areas, asking a total of 1545 Chileans to consider two main things: i) whether they want to pay a certain amount of money to support conservation following one of the two options, and ii) their willingness to pay regarding these options. Results showed that 74% of Chileans are willing to pay 0.7 USD per month in their electricity bill. This amount annually would cover 70% of the current financial gap the national parks system is facing. The results of this analysis have also been published as an open access paper in Ecological Economics.

Our ultimate goal is to support sustainable financing and management of the Chilean national park system and meet international standards for protection.

Support for this project was provided by The Pew Charitable Trusts.