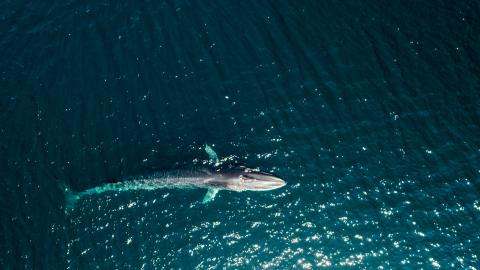 Created in 2016, the Northeast Canyons and Seamounts Marine National Monument is a nearly 5,000 square mile marine protected area off the coast of New England, on the edge of Georges Bank. The area includes four underwater mountains and three deep-sea canyons, along with numerous unique and endangered marine species. In June 2020, former President Trump signed a proclamation to open up the Northeast Canyons and Seamounts Marine National Monument to commercial fishing, reacting to pressure from fishing industry advocates. Preliminary research, however, suggests that very few fishermen were actually fishing in the national monument zone prior to its closure.

Shortly after taking office in 2021, President Biden directed the Department of Interior to review the boundaries and conditions of several protected areas, including the Northeast Canyon and Seamounts Marine National Monuments, and provide recommendations for actions to take by March 2021. Therefore, this analysis has become exceptionally time-sensitive and has the potential to immediately influence policy.

This project was conducted in partnership with and funded by the Natural Resources Defense Council.