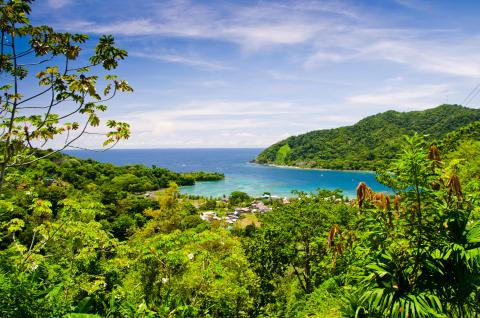 Located in the North Pacific coast of Colombia, the Chocó Department is one of the nation's most biodiverse areas. Along the coast is the Gulf of Tribugá, which contains more than 900 hectares, or around 20% of remaining mangroves in Colombia. Humpback whales and sea turtles are also often found along the coast, making the gulf a rising tourism destination. As early as 1989, local actors have discussed constructing a deep water port in the Gulf of Tribugá in order to improve connectivity with the Pacific region. Recently, the publication of the 2018-2022 Colombian National Development Plan (NDP) indicates that lawmakers are heavily considering moving forward with this port project soon.

While financial and legal feasibility studies on building the port and a connecting road have been evaluated by local actors, the potential economic impact is unknown. Conservation Strategy Fund (CSF) conducted an analysis to determine the economic feasibility of both projects, the proposed Tribugá Port project and the connecting road- Las Ánimas - Nuquí.

In the case of the port, the study focused on the impacts to tourism and fishing activity within the region, which are both likely to be affected most. CSF also quantified the expected environmental and social impacts of the port, including the loss of mangrove trees, forests, marine corridors, and nesting areas, identifying the variety of environmental services they provide. In the case of the road, CSF conducted a cost-benefit analysis using the Roads Economic Decision (RED) Model, which included comparing investment and maintenance costs to the expected reduction in transport costs.

Based on our analyses, the economic benefits of strengthening Buenaventura port are greater than the benefits of building a port in Tribugá. The proposed Tribugá port project would generate important benefits for the State due to tax collection, but it would also have a negative impact on the environment and on the livelihoods of local people. These negative impacts would include the loss of fishing income – about 15,000 USD/year – and loss of the ecosystem services provided by the mangroves. CSF recommends that the Colombian government invests in strengthening the existing port of Buenaventura in place of both the Gulf of Tribugá port and the road projects. This would prioritize the main economic activities for the local population: fishing and tourism, which if doubled would lead to an additional 1.25 million USD a year in economic activity compared to the economic devastation predicted in the case of moving forward with this project.

By providing a comprehensive economic analysis on the Tribugá Port, CSF can inform policymakers and other key stakeholders about the impact of the proposed project before it is built. If the project is eventually built, our findings can also advise both the port’s construction and operation, providing a model for sustainable infrastructure development and protecting biodiversity throughout the region.

Our results are clarified in this infographic and in the following video:

This project is funded by Porticus.