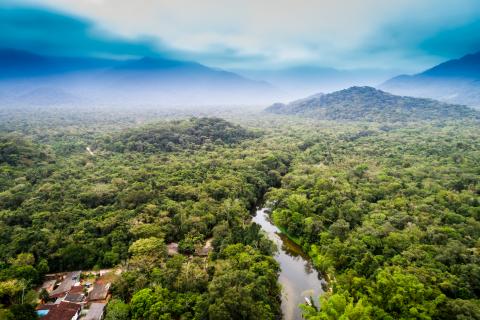 Teeming with biodiversity and acting as the world's largest carbon sink, the Amazon is a vital, but increasingly fragile ecosystem. Madre de Dios and Ucayali, two tropical departments in Peru bordering Brazil and Bolivia, are made up almost entirely of low lying Amazon rainforest. However, decision makers in the area often pursue investment in new road infrastructure without analyzing the economic and socio-environmental consequences in detail.

In 2018, the Peruvian Congress approved Law 30723, which made road development and maintenance in Ucayali a national interest. Madre de Dios is also promoting a series of road projects to promote the region’s economic growth. However, an economic analysis has not yet demonstrated the feasibility of most of these projects, even though it is expected that their construction would affect protected areas and indigenous territories, promote deforestation for agricultural purposes, and facilitate the expansion of illegal mining and timber extraction, among others.

In 2021, CSF conducted a cost-benefit analysis to assess the economic feasibility of 21 proposed roads in the Madre de Dios and Ucayali regions of Peru. This project builds on a similar analysis CSF conducted in 2018 evaluating other road projects in the Amazon. By using all available data on the proposed road projects and making estimations, CSF found that only 3 of the 21 proposed projects had a positive economic return. The remaining road projects were not economically feasible and should be reviewed. In terms of the social and environmental impacts, CSF found that 6 of the projects presented a medium to high risk. The riskiest projects identified in this study were Boca Manu - Boca Colorado and Caminos Vecinales Manu in Madre de Dios.

After completing the economic feasibility analysis, CSF shared our findings with the regional and central governments, as well as other relevant stakeholders. Our goal is to better inform transportation development processes by increasing awareness of the potential economic consequences of poor planning, while promoting sustainable infrastructure in the Amazon rainforest.

This analysis was conducted in partnership with and funded by the Frankfurt Zoological Society and the Gordon and Betty Moore Foundation.