Cost-Benefit Analysis of the Proposed Pucallpa-Cruzeiro do Sul Road 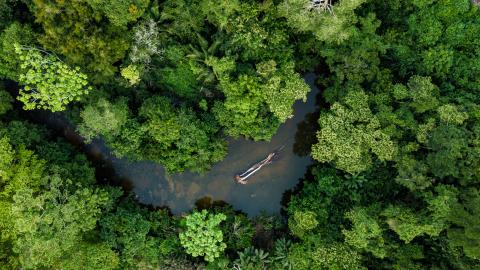 The Peruvian and Brazilian governments have proposed building a road that would connect Pucallpa, the capital city of Ucayali Department in Peru, with the remote town of Cruzeiro do Sul in the state of Acre in Brazil. This road has been under consideration for more than 45 years, and gained momentum in 2014 when it became part of the Development Plan proposed by the Initiative for the Integration of the Regional Infrastructure of South America (Iniciativa de Infraestructura Regional de Sur América, IIRSA).

Proponents of the road claim that the connection between the two countries will provide an efficient way for rural farmers and loggers to easily transport goods from the Amazon to urban and international markets. Critics of the road, however, argue that the road will facilitate access to previously undeveloped rainforest, potentially encourage illegal activities in the surrounding area, and cut through formally recognized indigenous territories of the Ashéninka community in Peru and the Serra do Divisor National Park in Brazil. It would also threaten the Isconahua Indigenous Reserve, which was established for the protection of isolated peoples. Further, the road would stimulate a rapid expansion of cattle ranching and demand for timber and other resources on the southern flank of the Javari Valley Indigenous Territory.

In May 2021, the Congress of the Republic of Peru approved a bill regarding the public necessity and national interest of the Pucallpa Cruzeiro do Sul road. In that context, and in order to provide objective information about the true costs and benefits of this road, Conservation Strategy Fund (CSF) updated our 2015 cost-benefit analysis (CBA) of the Pucallpa-Cruzeiro do Sul interconnection.

Completed in April 2022, our updated analysis demonstrated that the proposed road is still not financially viable- meaning that the construction and maintenance costs of the road exceed the expected return on investment. This is the case even without taking into account any social or environmental impacts.

The project has also been questioned by indigenous organizations for not having appropriate or adequate participation from and consultation with local communities. In order to bring the affected indigenous communities into the conversation, CSF conducted workshops with indigenous stakeholders to provide them with timely information about the economic feasibility of this project, as well as the social and environmental impacts of the project, to better support their negotiations with key decision makers and defend their territorial rights.

Ultimately, CSF’s goal was to support the policy-making process with critical information about the true costs and benefits of building the proposal road, to help protect the rights and territories of native communities and indigenous peoples in voluntary isolation in Peru and Brazil, and to protect the Serra do Divisor National Park in Brazil.

This project was supported by Nia Tero.