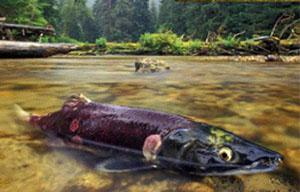 Closed tank technology, an alternative to net-pen farming, may offer a solution to environmental concerns such as the infestation of wild populations with parasites and diseases that thrive among farm fish. There is agreement among stakeholders that environmental benefits exist, but considerable debate remains over the financial and economic viability of closed tank aquaculture.

We found four principal issues that limit the usefulness of previous analyses:

Economies of scale and efficiency improvements are not considered;
Time horizon analyses are not conducted;
Sensitivity analyses are lacking; and,
The economic value of environmental and social impacts are not identified or evaluated.
None of the reports we examined provides sufficient data to expand the original analyses to address these shortcomings.

This work was conducted with the Coastal Alliance for Aquaculture Reform (CAAR). Subsequently CSF has provided CAAR and the David Suzuki Foundation with technical assitance and participated in meeting with the fish farming industry leaders to produce new research that would quantify the environmental costs of alternative fish farming approaches. We have also provided CAAR with financial analysis and comment on industry's financial models.