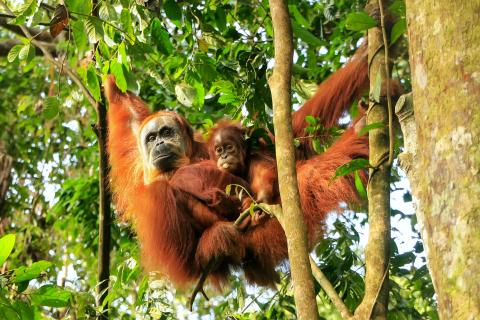 Located on the island of Sumatra, Aceh is the westernmost province in Indonesia. Supporting some of the most wide-ranging biodiversity in the Asia Pacific region, the province’s unique ecosystems are home to numerous iconic species, including the Sumatran rhinoceros, tiger, orangutan and elephant. However, Aceh province is perhaps better known for its unique regional history.

As the closest point of land to the epicenter of the 2004 earthquake and tsunami, Aceh was directly impacted by both of these natural disasters. As a result, the province suffered irreparable damage not just to its communities and infrastructure, but also to its landscapes and native species. In addition, Aceh’s significant oil, natural gas and other natural resources have created challenges recently in land and resource management due to both domestic and international pressures. What’s more, the province was embroiled in a tumultuous independence movement for roughly 30 years, which finally ended with the signing of a 2005 peace agreement. With this in mind, there is an unprecedented opportunity to promote new and strategic, long-term development plans that balance future economic development with environmental protections.

To this end, Wildlife Conservation Society (WCS) has been working in Aceh province’s Leuser landscape to develop a low carbon trajectory that supports Aceh’s designation as an intact forest province. CSF is supporting WCS by conducting a background study on how the current political, demographic and economic situation affects forest conservation, food production and land use. Our work will provide information on four key outputs, namely: 1) an overview of Aceh’s existing infrastructure and planned development; 2) analysis of Aceh’s current land use; 3) future economic and development opportunities; and 4) future intervention strategies. To achieve these four outputs, CSF and the local WCS team are conducting field visits and hosting focus groups with key stakeholders to gather relevant data for economic and livelihood development options. The results of this study will be used to influence future activities undertaken by WCS in Aceh to protect this region’s unique natural wealth. We expect the study to be completed in May of 2020 and the results will be used for future interventions strategies of WCS Indonesia.