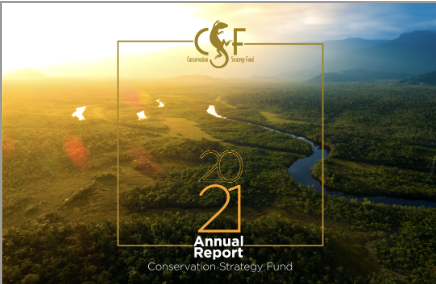 What is Conservation Economics?

What is Conservation Economics? 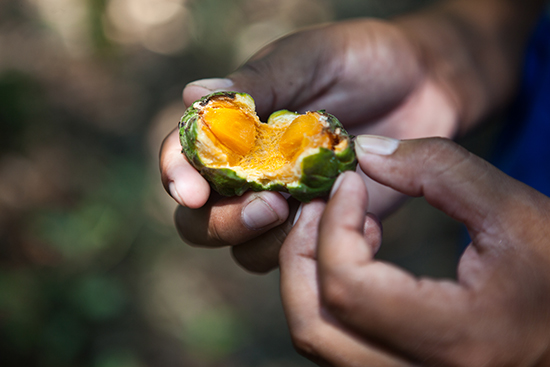 There’s no Wikipedia page so you can be forgiven for suspecting that I’m making it up. But Conservation Economics is actually being practiced by a bunch of serious people engaged in one of the most profound challenges of our time - averting massive losses in the diversity of Earth's life forms. So if it doesn’t exist, it’s time we brought it into being. Here goes:

Conservation Economics is the use of economics to understand the costs and benefits of sustaining natural ecosystems. Its purpose is to accomplish more widespread and lasting conservation by lowering its costs, revealing its benefits and fitting it within genuine economic development.

Why do we need to declare a new field of economics for this commonsense purpose? First, let’s look at the other economicses with which Conservation Economics is most commonly confused, “environmental,” “natural resource,” and “ecological.” Environmental economics has been around for at least a half-century. Its focus is the value of the natural environment, specifically stuff produced by ecosystems that isn’t directly bought and sold in markets. Think scenic views, clean air, wild animals. This branch of economics sprung up to inform policies about protecting and managing natural lands and regulating pollution. Knowing the economic value of nature and environmental quality allowed people to figure out how much it’s reasonable to invest in them. 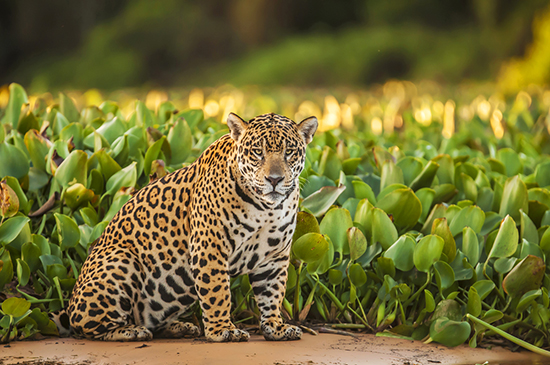 Natural resource economics is an allied discipline that calculates how fast people should exploit resources if they want to get the most financial value out of them. It looks at the optimal rate for extracting oil and minerals, the profit-maximizing harvest age for trees and the level of catch that maximizes profit from a fish stock.

Ecological economics arose in opposition to an idea, embedded in environmental economics’ monetization of nature, that it is entirely swappable with man-made stuff. Our planet is a closed and finite ecological system within which a similarly finite economy can exist. That notion contrasts with the treatment of nature as merely one more input to production, which, like labor and capital, can grow indefinitely.

None of the three is particularly useful to conserving nature. At least not on its own. 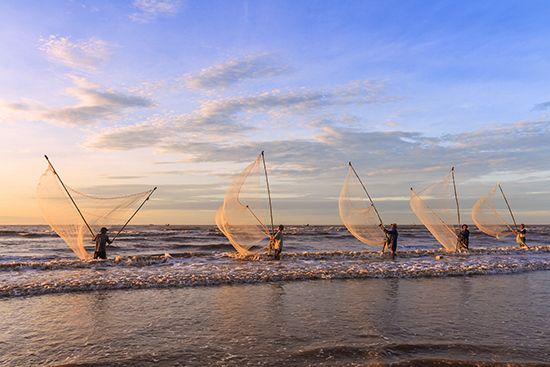 Enter Conservation Economics. Around 20 years ago I found myself noodling around with a massive spreadsheet I’d been given on one of those 3.5-inch floppy disks by an economist at the World Bank. It was a model to estimate the economic return on road investments. I was a junior staff person at a conservation organization, and part of my job was to research the destruction unleashed by roads in rainforests. Environmental and natural resource economics gave us tools to calculate the ecosystem benefits wiped out by deforestation. But what would we compare those numbers with? Roads help people move around and get stuff to and from markets; that development value sits on the other side of the balance when deciding whether or not the next amazon highway should be built. For conservationists, the putative benefits of roads were shrouded in mysterious calculations and sweeping, unverifiable claims of economic necessity. Developers could say whatever they wanted. I started writing reports on tropical roads, supplying both an economic and environmental analysis.

Good economists had been quietly rolling environmental values into cost benefit analyses for years but little of this work had penetrated conservation practice. My own particular epiphany was that success in conservation was going to be much more routine if we understood the economic and financial costs of conservation as well as its benefits. And developed our ability to analyze development.

We had to understand roads and electricity and farming and mining and oil, and really anything else that impacts nature, in order to understand trade-offs. How do the transportation benefits compare to the deforestation costs? How much would it cost to contain the deforestation costs? How does farming profitability vary over the landscape? Which destructive dam projects are financial white elephants? And, knowing the answers to these questions, how can we pursue conservation goals most strategically? 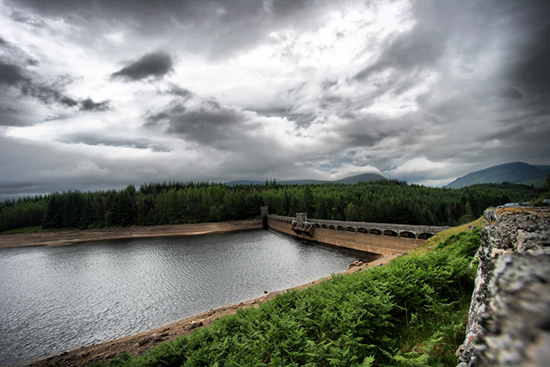 At this point you might ask, “why not just ask the development experts?” We do. And that’s the first step, getting an expert analysis on the development merits of an environmentally worrying project. The next step is reading the analysis, and not merely skimming over all the technical bits that have to do with megawatts or vehicles-per-day or cattle head-per-hectare. Understanding them is important for two very different reasons.

First, because conservationists have to work with developers to find solutions. We need to understand their jargon and worldview to remove the cultural awkwardness that can obstruct cooperation. And so that we can show that we are willing to weight tradeoffs between conservation and other economic goals.

The second reason is that we sometimes need to fight developers. People use numbers to lie and promote devastating projects that masquerade as economic marvels but are only good for a few construction firms and politicians. A pure environmental economist, who may confine himself to calculating the value of a threatened view, is unlikely to influence the outcome in such circumstances. A natural resource economist concerned with optimal extraction wouldn’t concern herself with environmental damage. And an ecological economist might emit quixotic proposals for a steady-state utopia, regardless of the truth about a developer’s narrow claims of a project’s economic merit.

Here are a few examples of Conservation Economics as practiced at CSF: A study of revenues needed to pay for Panama Canal expansion, which, together with a study of environmental costs, helped steer authorities toward a low-impact design. A study of the cost, in terms of foregone agriculture, of preserving private forestland in Bolivia’s Amazon, which is an input to the design of an incentive payment. A study of the factors that determine Ecuadorean farmers’ interest in signing agreements to conserve forest, which sets the stage for expanding a government incentive. A behavioral economics experiment on ways to solve open access problems in a Colombian fishery, leading to community agreements on fishing limits. An analysis of the alternative methods of calculating the obligation of developers to compensate for the ecological impacts in Peru, which led to the country’s first official policy on the matter.

These analyses draw from environmental economics, natural resource economics, agricultural economics, transportation economics and behavioral economics. The unifying thread is an orientation toward informing the conservation of nature with as broad a grasp as we can manage of the tradeoffs involved.

But, we don’t just inform conservation because it’s interesting. We do it because we think nature’s important and too much of it is getting ploughed under. Does that make us biased advocates rather than true practitioners of the dismal science? Remember that economics comes in positive and normative – descriptive and prescriptive – varieties. Positive economics looks at data, describes patterns and concocts models that predict the behavior of people and companies and markets based on the data. No agenda, just models to explain the world.

Conserving nature appears at first blush like something everyone can get behind but the consensus falls apart as soon as one gets down to the question of how much of it to conserve. All of it? All the famous biodiversity hotspots? All of the places with tigers? The places with freakishly big trees, deep canyons, arched rocks or multi-colored lakes? Environmental economics has a model for this. We figure out the “marginal” value of the intact environment – meaning the next bit at risk of disappearing – and then protect an “optimal” quantity, up to that point where the cost of protection is equal to the benefit and not any more.

The catch with the optimal solution is that it’s static and falsely precise. Environmental values change over time with human priorities, but certain losses can be irreversible. Species, for instance. And, as clever as environmental economists are, we don’t know the value of everything, even at a single moment in time. The value of a cheetah cub or a plant entwined with the livelihood of a rare indigenous culture or the alien-like creatures that inhabit deep-ocean vents are not reducible to a number. So what do we do, try to save it all?

Between the precautionary principle run amok and the fantasy of knowing when marginal benefit equals marginal cost, there’s a middle ground. And it’s where Conservation Economics lives. At a broad level, humanity will tend to drive the environment far below its “optimal” level of quality. That’s because environmental goods are mostly public goods, which no individuals have sufficient incentive to protect because it costs money to do so and there’s no way to get paid. People therefore have to cooperate. In my view only extremely overzealously green societies will “overprotect” their environments beyond the optimum in the long term. Because the excessive loss of ecosystems and environmental quality is systematic, even harnessing economics blindly to advance conservation would err systematically in the right direction. 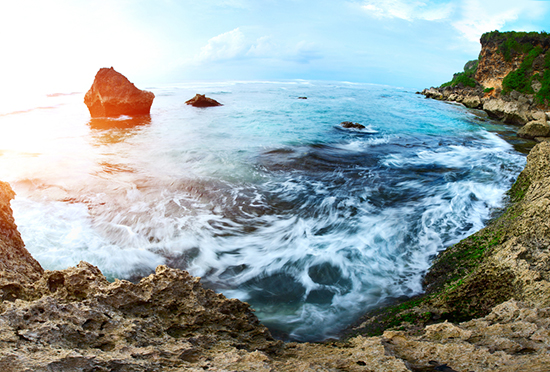 But we can do better than that. Conservation Economics can aim to increase conservation and decrease its cost by understanding development economics and what we give up to conserve. It can value ecosystems up to a certain point because some values are things we use directly, like water, or go into markets for things like recreation, benefiting people measurably. That means we can steer development toward relatively lower-environmental-cost places and practices.

By pushing lots of specific decisions to conserve more stuff at a lower cost and invest in development that truly makes people richer with the least possible stress on the natural world, Conservation Economics will shape a planet on which we will conserve less than we should but far more than we otherwise would have managed to do. We can practice economics with a specific social goal, conservation, and remain true to ultimate social goal of all economics, making people happier.

Pulling the economics of development and nature together, Conservation Economics is, though we hope to see it soon on Wikipedia, just good economics.