Marañón: The social and environmental costs of five hydroelectric projects

Marañón: The social and environmental costs of five hydroelectric projects 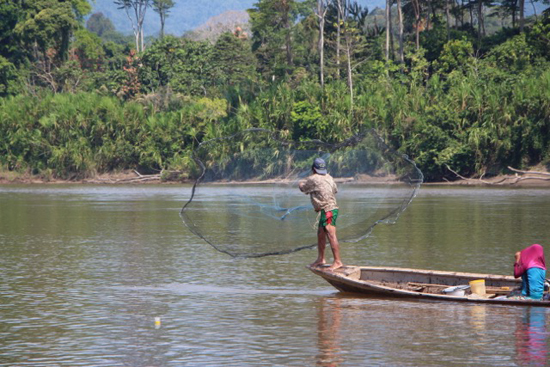 The Marañón River contributes about ten percent of the total water discharged by the Amazon river into the Atlantic Ocean, and transports approximately forty percent of all sediments carried in the Peruvian part of the Amazon watershed. Along with the Ucayali and Madre de Dios rivers, it is one of the main tributaries of the Amazon basin in Peru.

The Marañón also concentrates a large part of the planned hydroelectric projects in Peru. If all these projects are built, at least twenty dams would seriously impact the biodiversity and the ecosystem services provided by this watershed, thus affecting all of the Amazon basin. Local and national stakeholders have considerable interest in the individual and cumulative impacts of these infrastructure projects because of their potential to displace people, flood agricultural areas, cause deforestation and habitat loss, change hydrological cycles and sediment transport, and interrupt fish migration routes.

On the other hand, development pressures are intense. Peru’s economic growth demands energy. Brazil has also indicated interest in sourcing electricity from Peru. These pressures are at the root of the large number of hydroelectric projects planned on the Marañón river. However, there is limited information to assess the social and environmental costs of these projects’ cumulative impacts. Moreover, most of the available information focuses on the effects of individual dams, and there is no strategic basin-wide analysis to inform stakeholders and decision-makers about the effect of the interactions between these projects.

A recent study by Conservation Strategy Fund (CSF) seeks to fill this information gap by modeling the main individual and cumulative impacts of five prioritized hydroelectric projects in the Marañón basin (Río Grande, Chadin 2, Veracruz, Rentema and Manseriche), and estimating their resulting economic costs. The dams were prioritized according to the expected severity of their social and environmental impacts, ranked using criteria such as their stage of execution, planned energy capacity, total flooded area, and the ratio of the flooded area to energy production. The main impacts of the prioritized projects were modeled in terms of the expected hydrological changes and flooding of agricultural areas, greenhouse gas emissions, impact on fish migration routes, and changes to the sediment transport and deposition patterns in the floodplains of the Marañón.

The study finds that the main economic cost caused by the five hydroelectric projects results from loss of agricultural land. It is estimated that the net present value of the losses resulting from flooding almost 190,000 hectares is of approximately $1.44 billion over the course of 30 years. The analysis also estimates the value of the greenhouse gas emissions ($123 million), and the reduction of fishing income caused by the interruption of fish migratory routes ($103 million). The estimated losses presented in this analysis are conservative, considering that not all the social and environmental impacts of the hydroelectric projects were valued. Even so, the loss of almost $1.7 billion is very significant, and should be taken into account by the people living in the communities that would be directly affected, and by decision-makers charged with planning the energy infrastructure in Peru.

The complete report can be found here. We thank the Good Energies Foundation for making this work possible with their generous support.