CSF extends our congratulations to course graduate and friend Fernando León, who was named Vice Minister for Strategic Development in the Ministry of the Environment of Peru on August 8. Fernando is a long-time environmental leader in his country, with two previous stints in government. Most recently he has been working with the German technical cooperation agency, GiZ, in Peru.

I met Fernando in the early 2000s when we organized a course together for INRENA, the agency that handled conservation affairs before Peru had a ministry-level institution for that purpose. An MBA and forester by training, Fernando came to CSF’s course at Stanford in 2006 to build his skills in economic analysis. "The CSF course was significant in my professional development, not just in an academic sense but also in terms of the connections I formed with the other participants, who came from at least 20 different countries." When he went home he had the know-how to do an influential study of protected areas' economic benefits, which, he later reported, "convinced the Ministry of Economy and Finance to increase the budget for the protected areas system by 400 percent.”

I ran into Fernando a few years later on my way back from a trip to Puerto Maldonado, in the Amazon. He was working in the Ministry of Environment on a dizzying array of projects and policy issues. He asked for an opinion on a policy that needed to be written, on requirements for developers to compensate for their environmental impacts. Over the next few months, he and I worked on some guidelines which, after many revisions and major contributions from groups such as the Peruvian Society for Environmental Law, the Wildlife Conservation Society, the Nature Conservancy and the GiZ, were approved by Ministerial Resolution in 2014.

Peru has no shortage of environmental challenges to tackle, and no end of inspiring natural places with deep resonance in the country's many cultures. We wish Fernando and his colleagues every success and look forward to contributing as much as possible to their efforts. 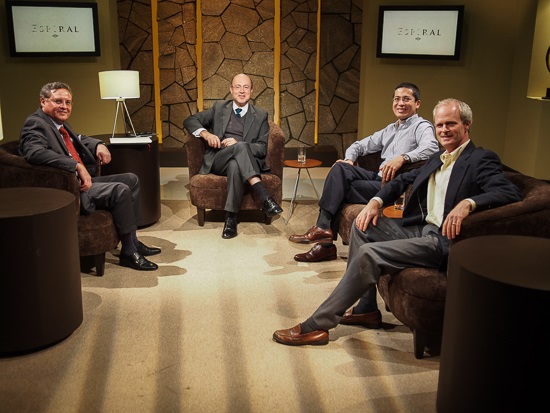