CSF participated in a meeting held on October 27th, 2016, at the Federal District Urban Development Agency (Terracap) in Brasília. The meeting’s goal was to contextualize and carry out the facilitation process and data collection with members of the Aliança Cerrado, to be used to support the design of the new Forest Compensation Law of the Federal District.
This meeting was conducted by Pedro Gasparinetti, CSF consultant, and opened by Raul do Valle, from the Environmental Department of the Federal District (SEMA-DF).

Fifteen participants were present, representing Aliança Cerrado and other institutions as SEMA-DF, ICMBio, Water Company from Federal District (Caesb), Terracap, Brasilia Botanical Garden, as well as the Ministry of the Environment (MMA) and the German Corporation for International Cooperation (GIZ). 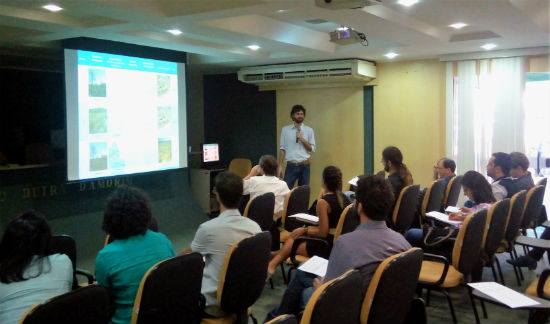 Pedro Gasparinetti´s presentation started with a contextualization about environmental compensation mechanisms, with examples from Colombia, USA and the São Paulo state in Brazil. Then, a Choice Experiment was applied, which is a method based on the comparison of multiple hypothetical scenarios to evaluate the ecological value of different types of areas in the Cerrado biome. Details of the scenarios´ characteristics used in the present study have also been given by Alexandre Sampaio, from the Chico Mendes Institute for Biodiversity Conservation (ICMBio). A total of 40 sets of choices were presented, each composed of 3 scenarios. For each set of choices, two questions were asked to the participants: 1) which scenario would be ecologically more important to be preserved?; and 2) which scenario would be ecologically more important to be restored?

The meeting´s result was the systematization of the data needed by CSF for the statistical analysis’ elaboration. This analysis resulted in the definition for the ecological equivalence formula for the Forest Compensation Law. Besides, as an indirect result, the meeting also contributed to the internal debate about the criteria to be considered by the decree, such as the soil conservation state, the exotic vegetation proportion, the native vegetation rarity and the connection to water resources. 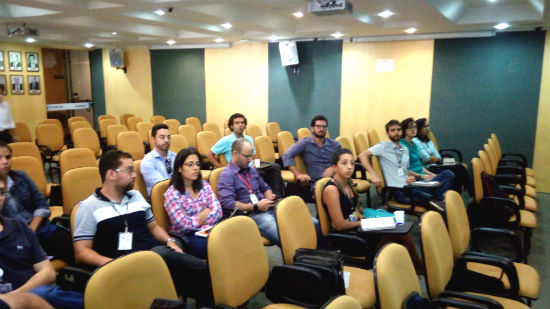 Participants of the Choice Experiment application.

Afterwards, on December 14th, 2016, CSF presented its Choice Experiment’s results in a second meeting at the Caesb. Members of the Aliança Cerrado and the MMA were present. This meeting aimed at collecting contributions and fomenting discussion about the draft of the Decree of the Forest Compensation Law elaborated by the SEMA-DF. The concepts and weights estimated by the Choice Experiment have been discussed. Participants' questions about the law applicability in different contexts and the incentives that the compensation mechanism can generate for entrepreneurs were also answered. The Decree proposal is supposed to be presented at the end of this month, taking into consideration our contributions.

The study, funded by the ValuES project and the GIZ, was elaborated in partnership with the MMA and the Aliança Cerrado.