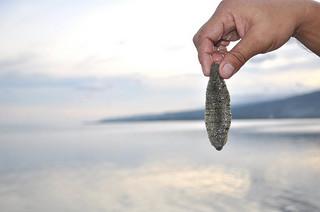 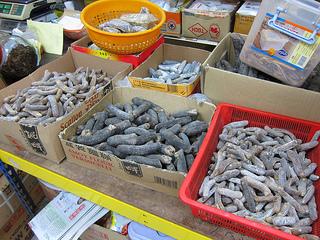 CSF is partnering with the government of Ngardmau State, Palau, to conduct a value-chain analysis of their sea cucumber fishery. For the community of Ngardmau, sea cucumbers represent an important species culturally and, if managed properly, have the potential to significantly improve economic conditions in the area. The second highest-valued export commodity within the Pacific, sea cucumbers are among the few resources that can deliver profits at the village level.

In 2011, the Palauan Ministry of Natural Resources, Environment and Tourism lifted a national ban on the commercial export of sea cucumbers. Within six months, Ngardmau’s population of sea cucumbers, known to be one of the most abundant in Palau, had experienced an 88% decline in unprotected waters and 20% decline inside the local marine protected area. Initially, the opportunity appeared to be a good one, the species were abundant within local waters, easily harvested, and secured financial rewards of $25 per 5-gallon bucket. In addition, exporters had promised to repopulate the fishery with juveniles.

However, profits were short-lived. The fishery collapsed and no repopulation occurred. The community captured only $600,000 of what was sold on international markets for $8 million; over 90% of the natural resource’s true value was secured overseas.

The community and decision-makers across all levels were given little time to prepare for this new market for sea cucumbers, whose reproductive biology and ecological value are poorly understood. Palauan state decision-makers and the local community lacked the necessary information on the true value of the resource, as well as how its value can be maximized across a long-term sustainable management plan.

The collapse of this fishery, and with it any potential returns, represents a common problem in many island nations, and is a story that repeats itself across numerous resources. Presenting the potential income generation from a sustainably-managed sea cucumber fishery compared to the short-term boom-bust cycle will demonstrate that sustainable management can promote long-term profitability for these communities. The results from this collaboration will contribute to the development of a sustainable sea cucumber management plan as well as improved awareness of the economics of sustainable management and increased bargaining power in dealing with foreign investment and opportunities. These lessons are transferable across species and states and relevant for all Palauan (and other island state) governing bodies. Drawing on these lessons, a training workshop will disseminate information to state, legislative and national decision-makers throughout Palau.

This project has been made possible thanks to the generous support of the David and Lucile Packard Foundation and the Margaret A. Cargill Foundation.