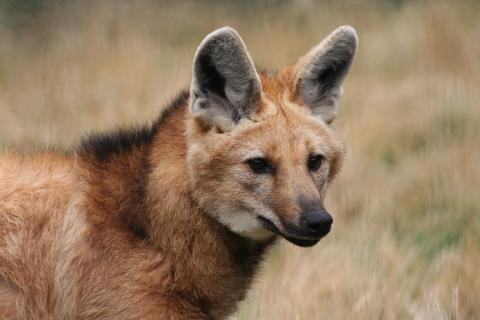 Quantifying the economic benefits of Bolivia’s various ecosystems is a powerful way to demonstrate their importance to both decision makers and the general public.

Bolivia’s Chiquitano dry forest, located in the country’s lowlands east of the Andes, is part of the largest patch of healthy dry forest ecosystem today and one of the most biodiverse dry forests in the world. The forest is named after the indigenous caretakers of the land, the Chiquitanos. The region hosted much Jesuit missionary work during the 17th and 18th century, and has been honored as a place of “Outstanding Universal Value” by UNESCO.

Dry forests are the most endangered tropical forest in the world and the Chiquitano forest is under several threats due to recurring large-scale forest fires in the region in recent years, as well as increasing pressure from agricultural expansion- particularly in Santa Cruz Department which has exceptionally high rates of deforestation.

To help address these threats, Fundación Amigos de la Naturaleza (FAN) and Conservation Strategy Fund, with support from the World Bank, are working to determine the economic valuation of the environmental functions of Bolivia’s Chiquitano dry forests and the costs of intervention to promote sustainable management models, considering the opportunity costs associated with alternative land uses. Using both a physical and economic analysis of the environmental function the forests provide to the department of Santa Cruz, our goal is to provide this technical information to the departmental government of Santa Cruz to better understand the economic activities in the area to inform better decision making.

While the Chiquitano dry forests are considered globally outstanding for their many environmental functions, this ecoregion faces an uncertain future. Our hope is that our clarifying economic valuation of this region will build a strong case for the forest’s preservation in future decision-making by the local government.

This project is being conducted in partnership with the Departmental Government of Santa Cruz. Support from this project is provided by the World Bank.

Photo: Chiquitano forest contained the highest mammalian species richness of several biomes in the ecoregion. A few of the many vulnerable species are the giant armadillo, the endangered giant otter, and the near threatened maned wolf (pictured above).