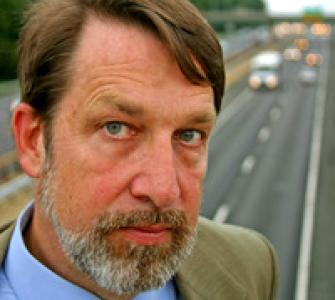 Michael has more than 30 years of experience in transportation and urban planning, policy, environmental assessment, and finance. Since 2009, he has headed ITDP’s Global Policy Program, which documents global best practices and enhances the capacity of international development organizations and governments to advance environmentally sustainable and equitable transport. Serving from 1983-1992 as transportation coordinator for the Maryland-National Capital Parks and Planning Commission, he co-founded Bikes Not Bombs and ITDP in 1984-85. He served as ITDP’s President for all but a few years between 1985-2009, hiring Walter Hook as Executive Director in 1991. Michael is an advisor to the Environmental Defense Fund, where he was transportation director from 1992-2009. He is a member of the U.S. Advisory Committee on Transportation Statistics and an emeritus member of the Transportation Research Board Committee on Transportation in Developing Countries, which he helped found. He is author of the 1982 book, Bicycles and Public Transportation, a 1992 World Bank report Non-Motorized Vehicles in Asian Cities: Issues and Strategies, and several hundred other articles and papers. Michael holds an M.S.E. and undergraduate honors degrees in Civil and Urban Engineering and Sociology, all from the University of Pennsylvania.