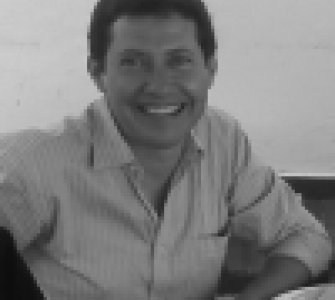 Marcelo holds a Licence's Degree in Agronomy from the Federal University of Bahia (UFBA - 1990) and a Master's Degree in Agricultural Engineering from the State University of Campinas (UNICAMP - 1997) in Brazil, with a focus on ​​environmental planning. He was a Researcher at the Instituto de Estudos Socioambientais do Sul da Bahia (IESB, Institute for Socio-Environmental Studies of Southern Bahia), an environmental and technical-scientific non-governmental organization, where he worked in the areas of biodiversity conservation, environmental management, solidarity-based economy and sustainable rural development. He was a Visiting Professor at the Santa Cruz State University (UESC) and the Faculty of Technology and Sciences (FTC). From 2000 to 2006, he was Coordinator of the Management Committee of the Ecological Corridors Project, under the Pilot Program for the Conservation of Brazilian Tropical Forests (PPG7). From 2011 to 2015, he was Director of Environmental Research at the Environment Department of the State of Bahia (SEMA-BA), where he worked in the areas of project management and research promotion. Today, he is an Assistant Professor at the Federal University of Recôncavo da Bahia (UFRB), working in the areas of ​​planning, environmental management, political ecology and geotechnology.