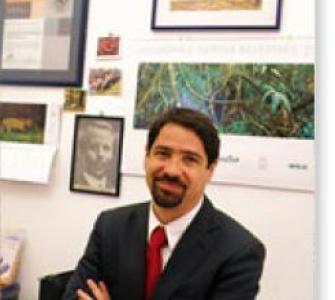 Alejandro is a National Researcher of the National System of Researchers of CONACYT. He holds a master's degree in Public Policy from the University of California at Berkeley, a master's degree in Economic Development from the University of East Anglia in Norwich, and PhD in Economics from the Autonomous University of Madrid. In 1999 he won the National Public Administration Award for his work on Poverty and the Environment and has more than forty publications in different countries such as Mexico, France, Spain, the United States and Great Britain; all of them related to issues of sustainable economic development.