“Two-thirds of the protein needed to feed a world of 10 billion people can be sustainably provided by oceans. Yet, the fishermen in Indonesia account for 25% of the national poverty rate”, Farid Naufal, CEO of Aruna Indonesia reminds the audience during CSF Indonesia’s most recent webinar “Indonesia’s Marine Fisheries Economic Outlook 2022”

Indonesia’s marine spaces make up two-thirds of the country’s territory, and its biodiversity and economic value makes it a critical natural resource for millions of Indonesia’s coastal communities, as well as other countries who depend on Indonesia’s fishing exports. To encourage thoughtful and sustainable fisheries practices, Yayasan Strategi Konservasi Indonesia (YSKI, or CSF Indonesia) is hosting a series of discussions on what fishery development would look like to different stakeholders considering the socio-economic values of these marine regions.

On March 15th, 2022, YSKI invited three high-profile panelists to speak about their particular views on the economic outlook of Indonesia’s marine fisheries, to an enthusiastic online audience of 100 attendees. The panelists included Novi Saputra, the marketing director of Kelola Group, Farid Naufal, the CEO of Aruna Indonesia, and Santo Darmosumarto, the East Asia and Pacific Director of Indonesia’s Foreign Ministry. Each guest provided unique outlooks on the impacts of sustainable fishery practices in Indonesia from a domestic business to a transnational and geopolitical scale:

Saptura, whose company is in the business of sustainable seafood processing and distribution, notes that “Aquaculture that supports environmental and ecological development is one of the solutions to implement sustainable economic development of Indonesia’s marine and fisheries.”

Naufal, the CEO of the largest fisheries commerce in Indonesia, provided context as to how marine development is also an issue of equity, by saying “Two-thirds of the protein needed to feed a world of 10 billion people can be sustainably provided by oceans. Yet, the fishermen in Indonesia account for 25% of the national poverty rate”.

Lastly, Darmosumarto discussed the importance of governments maintaining a good relationship with all stakeholders, and said “In terms of marine and fisheries territorial safety, the government has moved to create safeguards for the fishermen of Indonesia and the ecological sustainability by actively building a strong relationship with the neighboring countries.”

These perspectives added an incredibly valuable component to our discussion series, and underlines the importance and effectiveness of having a wide range of collaborative thinking when moving towards a strategy for marine conservation in Indonesia. 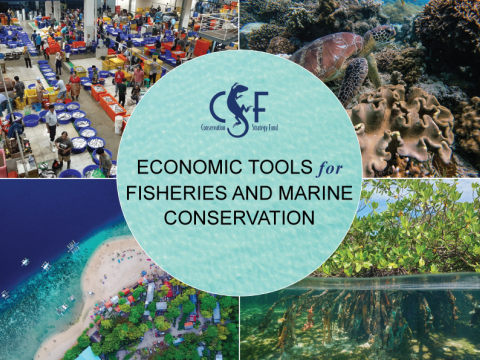 Economic Tools for Fisheries and Marine Conservation in Indonesia 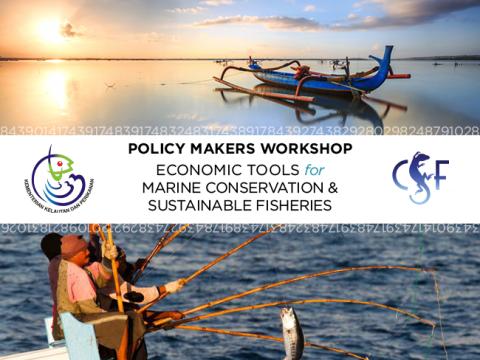