Conservation Strategy Fund has just released a milestone study of the costs and benefits of the Illegal Wildlife Trade (IWT) in Southern Africa, in a project financed by USAID. Our findings call for more widespread use of economics to make smarter and more effective investments in curbing IWT.

To support efforts trying to curb Illegal Wildlife Trade (IWT), CSF and Namibia Nature Foundation (NNF) released an economic analysis of current and future investments aimed at curbing IWT in Southern Africa. The analysis included a state of knowledge review on economic data and dynamics characterizing IWT and a cost benefit analysis of investments in Namibia. The framework and tools proposed were set out to be replicable across Southern Africa and will be easy to adapt and adopt.

Watch this short video for a summary of our case study in Namibia.

Illegal wildlife trade (IWT) has become a major threat to the iconic wildlife species of Southern Africa, driven by high market values on the black market. IWT is now considered to be the world’s fourth largest internationally-organized crime, generating between USD $7 and $23 billion every year. Additionally, the COVID-19 pandemic led to a complete halt in wildlife tourism in Southern African, leaving community conservation – a key element of wildlife crime mitigation – with little or no resources. Wildlife crime undermines the economic prosperity of countries and communities in the region, deteriorating their natural capital, social stability and cohesion, and threatening sustainable economic development, including the erosion of benefits derived from legal nature-based enterprises like tourism.

Our work to provide information on the current state of knowledge of IWT and the economics of IWT in Southern Africa is integral in our fight to curb this major threat to the iconic wildlife species of the region and world.

Conservation Strategy Fund (CSF) partnered with the Namibia Nature Foundation to provide information on the current state of knowledge of IWT and the economics of IWT in Southern Africa. The economic tool we developed in this partnership with the Namibia Nature Foundation can forecast economic impacts of IWT based on different poaching rates, wildlife population size, tax rates, and prices, while considering the new challenges raised by the sudden drop in tourism and increasing poaching risks in the context of the global COVID-19 pandemic.

Specifically, the analysis resulted in a state of knowledge report on the economic impacts of IWT (especially ivory, rhino horn, lion bone, and pangolin scales) on national and regional economies in Southern Africa. This review noted the many knowledge gaps there are, including impacts to ecosystem services, the real costs of IWT, and the revenue flows that leak outside the country.  The CBA showed that Namibia is currently spending about US$17 million annually to stop IWT and these investments translate into benefits of about US$122 million. If these investments were to stop, Namibia could expect economic losses of about $350 million over ten years. On the other hand, if poaching was successfully curbed, economic benefits are expected to increase by more than US$260 million over ten years.  The tool created in this project can forecast economic impacts based on different poaching rates, wildlife population size, tax rates, and prices. Through this project, CSF hopes to raise awareness on the use of economics to fight IWT for better decision-making at the policy and practice levels.

The tool created in this project that can forecast economic impacts can be adapted to different countries, regions, and can adjust for regular use in calculating the true costs and benefits of IWT. With this tool, CSF hopes to raise awareness on the use of economics to fight IWT for better decision-making at the policy and practice levels.

Read our publications below:

Learn more about our project here.

This work was part of the VukaNow project, in partnership with the Namibia Nature Foundation and financed by the United States Agency for International Development (USAID) and implemented by Chemonics International Inc. 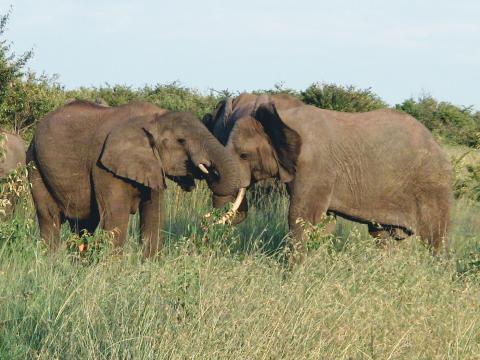 The Economic Impact of Illegal Wildlife Trade in Southern Africa