For years, the fishing industry in the Sorong region of West Papua, Indonesia, has relied on a broker system between local fisherman and commercial companies; a system that disproportionately prioritizes export-grade fish for trade, often to the detriment of local fishers. As a result, when the government placed restrictions on fishing activities and markets due to COVID-19, local fisherman suffered a devastating setback. Unable to fish or sell their fish at market, many local families were left without a primary source of income.

Fortunately, Conservation Strategy Fund alum Ehdra “Eed”  Beta Masran was able to step up to support his local community in West Papua. In coordination with other regional stakeholders, Masran collaborated on the creation of a community market to increase the revenue of local fish sales. The result was Ikan Fillet Papua, a sustainable fish market where local fishers can sell their catch online or directly to buyers at other local markets in the area.

In part, Masran credits his success to the tools and techniques he learned while taking Conservation Strategy Fund’s 2016 course, Economic Tools for Marine Conservation. “I felt really proud and excited to be one of the participants in CSF’s 2016 Economic Tools for Marine Conservation course in Bali. To be able to connect with other experts from various backgrounds really helped me to expand both my knowledge and network, especially in fisheries,” Masran says.

A longtime environmental activist, Masran has always been an advocate for sustainable fish markets. After graduating from Riau University with a degree in Marine Studies, Masran worked with the World Wide Fund for Nature Indonesia (WWF-Indonesia) in Sorong, West Papua, where he was actively involved in efforts to develop sustainable fisheries in the region. Now, as the Director of Ikan Fillet Papua, Masran and his partners are having a huge impact on their local fishing community.

Less than two months after founding Ikan Fillet Papua, Ehdra and his team sold 197 million Rupiah (or $13,000 USD) of fish through their website. In addition, they purchased the entire catch from local fishermen - a total cost of roughly 157 million Rupiah (or $10,000 USD). These fish sales generated a critical cash-flow for the local community at a time when they needed it most. What’s more, the team’s effort to promote sustainable economic growth for the local community gained the attention of local media outlets, including Darilaut and Dipta Papua.

However, developing a sustainable and economic business model was not without its challenges. Typically, the fishing industry doesn’t support sustainable community fisheries, as larger fish buyers refuse to buy lesser-grade fish that can’t be exported. This meant the team had to work even harder to realize their vision. In addition, the operational costs of a smaller, more sustainable business are still too high for them to reach a wider market. Despite the many challenges they face, Ehdra and his team feel optimistic about the future of their business and its benefits to the local community. Looking forward, Masran is excited to see how Ikan Fillet Papua can contribute toward sustainable economic growth in the region and serve as an example to other fishing communities. 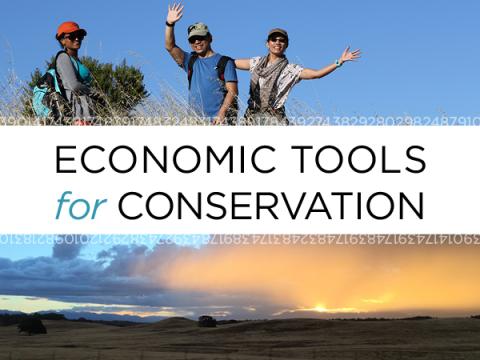