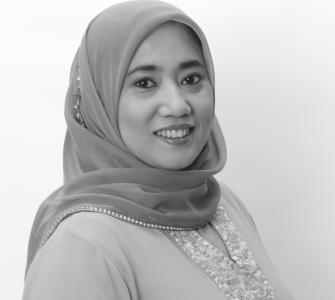 Nana Firman worked with the World Wildlife Fund (WWF) in her native country of Indonesia, directing the Green Recovery efforts in the wake of 2004 earthquake and tsunami, and later developed a Sustainable City Initiative as part of urban climate change adaptation and mitigation. Upon moving to California in 2012, she has been involved in developing a community garden in San Diego, and educating the American Muslim community to practice eco-lifestyle, which then prompted her to become a member of the Green Mosque Committee for the Islamic Society of North America (ISNA). Recently, she organized the Islamic Declaration on Global Climate Change and co-founded the Global Muslim Climate Network (GMCN), which calls to all Muslim nations to transition from fossil-fuel to clean-energy based development. In 2015, she was named as the White House Champion of Change for Climate Faith Leaders. She is a passionate and dynamic individual, who believes that environmental degradation and climate crisis can unite the world community to face the challenges together with a deep commitment to sustainability and environmental justice for people across the globe. She is a LEAD (Leadership on Environment and Development) Fellow on Green Economy and currently is the Muslim Outreach Director for GreenFaith, a global faith and spiritual environmental action network. Nana holds a Bachelor of Science in Industrial Design from University of Bridgeport, Connecticut, and a Master of Science in Urban Design from Pratt Institute, New York. She is married to Jamal Ali, a U.S. Navy Veteran, and lives in Riverside, California.